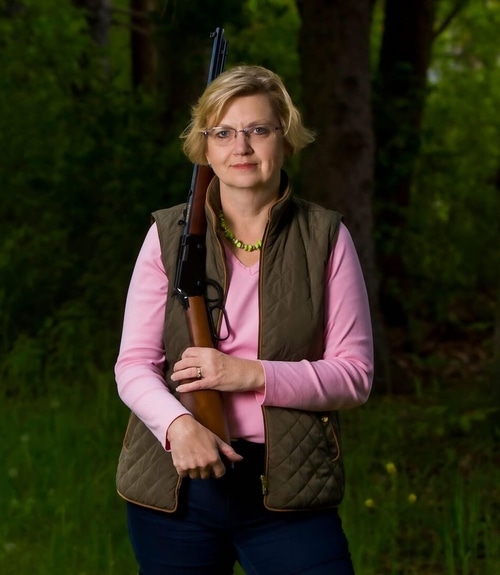 Amanda Suffecool is the energy behind national Conceal Carry Fashion Shows. Amanda is the producer as well as co-host of the nationally syndicated show Eye On The Target Radio alongside her brother, Rob Campbell. She has been an NRA instructor for more than 16 years. She is also a FEMA, OSHA and ALICE active shooter response trainer. She is the Southeast Regional Director of the DC Project.

Amanda serves as the the director of the REALIZE firearms awareness coalition. A group that offers training and education about firearms in Ohio. Their mission is to educate citizens as to the historical intent of the Second Amendment to the Constitution of the United States of America, to enable citizens to accurately relate and defend aspects of the U.S. Constitution, to enhance public awareness and support for responsible gun ownership, and to emphasize firearms education for women who facilitate the transmittal of constitutional awareness and gun ownership to succeeding generations.